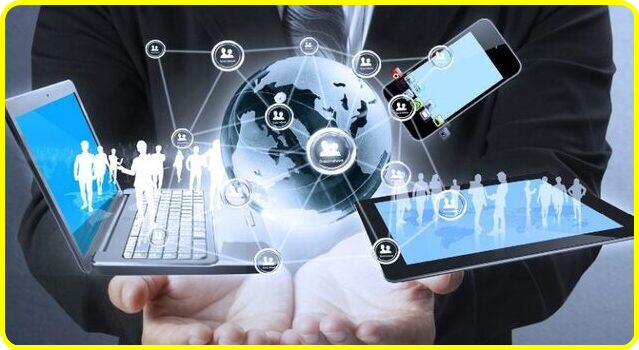 The primitive man has come a long way since living in caves, wearing animal skin for a dress, or arranging for food through hunting. But gradually, technology started playing a major role in our society.  It changed the way we travel and engage with each other.

How Technology Made Difference to Communication?

Technology has also affected our mode of communication. In earlier times, people used sign languages, but later on, proper written and spoken languages were developed. If you visit places like Ajanta Ellora caves in Aurangabad, you will find proof of ancient language written in strange scripts on the cave walls.

Languages such as Sanskrit, Hindi, and English came much later. Eventually, the telephone was invented by Graham Bell in the nineteenth century that allowed people to talk with the help of technology. Finally, mobile phones came in the late nineties that completely revolutionized the way people connected.

Right since the beginning of civilization, technology has kept changing depending on the needs and aspirations of people. It has majorly affected how people live in a society in their day-to-day lives.

Technology changed the social behavior of people such as communication, travel, education system, occupation, mode of transportation, and health services. It was not as if Technology had only positive effects on society; it had many negative effects after drastically impacting human behavior.

For example, Technology plays a crucial role in the functioning of Indian social media. Without modern technology, you cannot imagine channels like Facebook, Instagram, and Twitter that virtually control worldwide. If a commoner who was so powerless just a few years back feels like a king on these channels, the credit should go to technology.

It Changed the Ways of Learning

Technology has single-handedly changed the way we learn. It has made the entire learning process more interactive and collaborative. It has improved engagement between students and teachers and has also provided better access to resources.
After the amazing internet technology came, it gave us round-the-clock access to information, and virtually entire knowledge became available at our fingertips. Moreover, it also made the lives of students easier by converting entire study material into digital format.

It removed the need to carry bulky books and frequently visiting libraries for consulting journals and published works. Technology also expanded the boundaries of a traditional classroom by encouraging self-learning through the internet. Now, Google and Wikipedia have answers for all their problems.

Now, people access learning through channels like YouTube and social media. There are online lectures available on almost every topic that students can watch sitting at home. It’s far better than the conventional method of reading from textbooks. There is no doubt that such technological advancements have made learning more fun and enjoyable.

Technology has given us modern means of communication such as mobile phones, tablets, computers, faxes, e-mails to help us engage with each other worldwide.  We have multiple social media channels like Facebook, Instagram, Twitter, and WhatsApp to exchange messages and share pictures and videos.

We also use them for audio and video calls. Previously, if we wanted to talk to our relatives and family members who were settled in foreign countries, we spent a lot of money on ISD calls. Now, we make a WhatsApp or Skype call and talk for hours almost free of cost. In fact, we can use platforms like Google Meet and Zoom for virtual meetings.

These were the go-to platforms for conducting official meetings during the lockdown because people worked from homes, and strict social distancing was enforced. In fact, such virtual meetings through these amazing platforms ensured that most of the work went uninterrupted.

It was a win-win model for both companies and their lakhs of employees who were made to work from their homes. On the one hand, it gave a lot of legroom to companies, because they could start such meetings quite early in the day, and continue late till night.

It was equally convenient for employees who could attend these meetings from the cozy and homely atmosphere. They were free from routine commuting to offices that took almost three hours. They were also under no obligation to wear formal attire. They could attend these meetings even while wearing informal outfits like shorts and t-shirts. It won’t be an exaggeration to say that virtual meetings improved the productivity of offices many notches up.

Uses of social media dating apps and how to find best app?

7 Frozen Food Boxes Mistakes That Will Cost You $1m Over...

hannah - September 21, 2022
0
A lot has changed in the frozen food industry in recent years, with consumers becoming more savvy about what they're eating and how it's...

The growing stature of Artificial Intelligence in the Global Agriculture Market...

How do you take a screenshot on a Dell Laptop?

How to Make an Animated GIF from a YouTube Video

Amber Heard What Changed Into The Motive Of The Dying Of...

The Perfect Choice for Your Pool: Cascade Pool Tiles